The Los Angeles Police Department (LAPD) has declared a man wanted for homicide in the shooting of rapper Nipsey Hussle.

In a statement released via Twitter page this morning, the LAPD wrote:

‘Eric Holder is wanted for Homicide in the shooting of Nipsey Hussle. He was last seen in a 2016 white 4 door Chevy Cruze CA license plate 7RJD742. Anyone with information related to his whereabouts or this deadly shooting is urged to contact South Bureau Homicide at 323-786-5100.’

The Los Angeles rapper whose real name was Ermias Davidson Asghedom was shot multiple times outside of his clothing store, Marathon Clothing Company in the Hyde Park neighborhood of LA, south of the Crenshaw area on Sunday.

Read the full statement below. 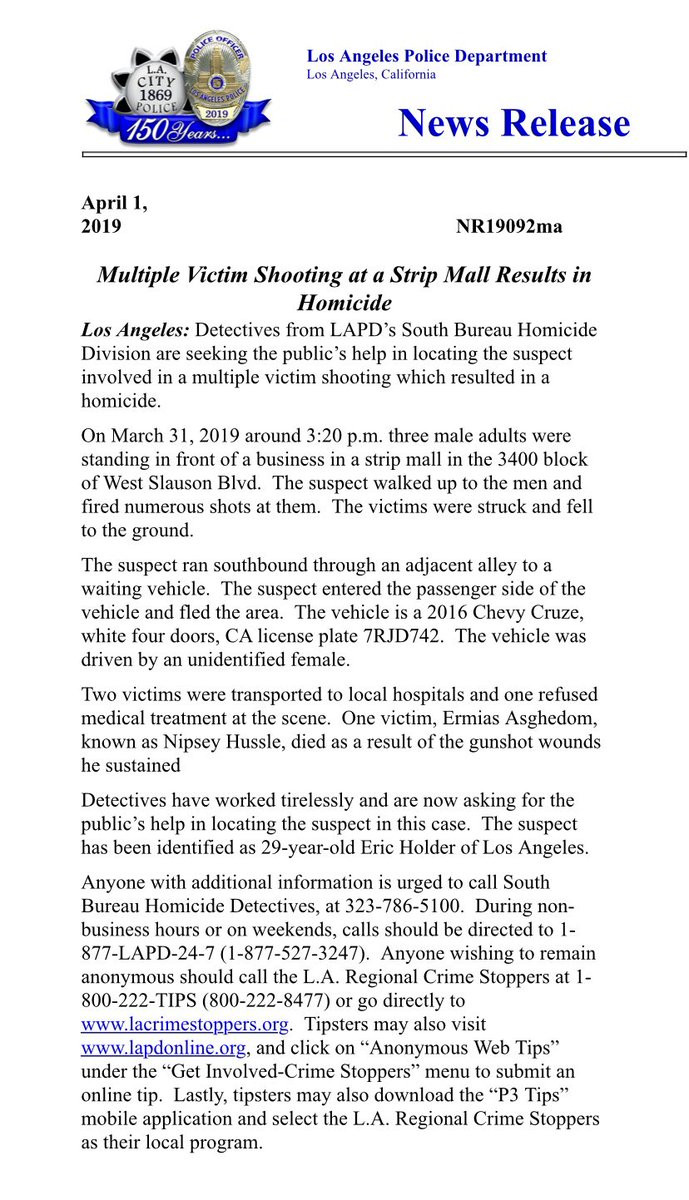