West Brom fan poops on himself during match on live TV

The moment a West Brom fan grabbed his backside as he appeared to accidentally poo on himself during a game was captured and aired on live TV.

The man was caught on camera touching the bottom of his trousers and hurrying down the stairs of Ashton Gate Stadium as his team played Bristol City on Saturday. At some point, he froze to the spot then ran back down the stairs. 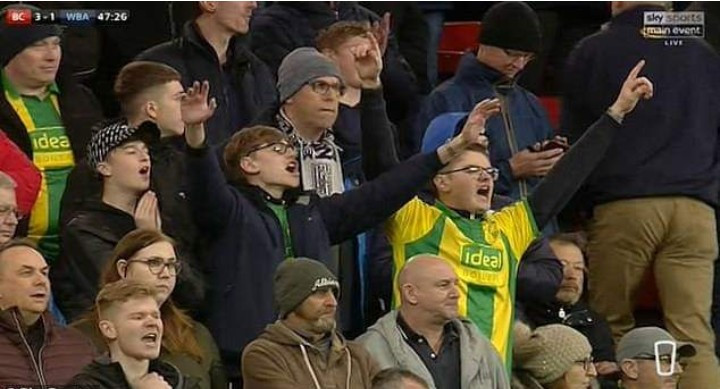 Social media users have been left amused by “his little dance” and some sympathized with him, saying they could relate.

“So a West Brom fan shit himself at ashton gate live on TV,” one Twitter user wrote. 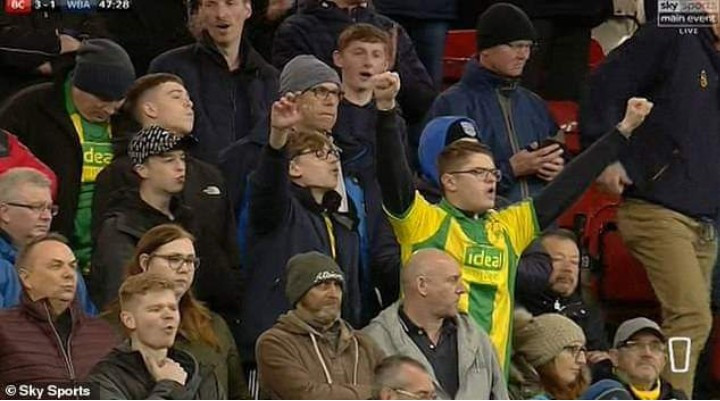 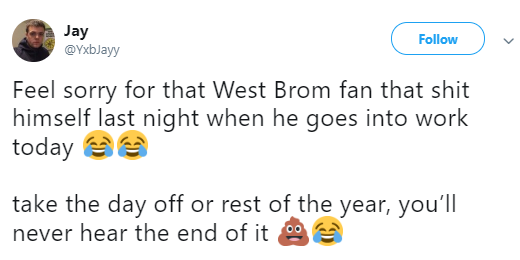