Kim Kardashian talks about the arrival of baby number 4

Kim Kardashian spoke to Vogue US about the arrival of her fourth child, a boy, and the plans being made to welcome him.

Kim and Kanye West revealed they are expecting another son via a surrogate but the exact date of the baby’s arrival has not been revealed.

Kim let Vogue into her home to talk about the coming baby and how her kids feel about it. 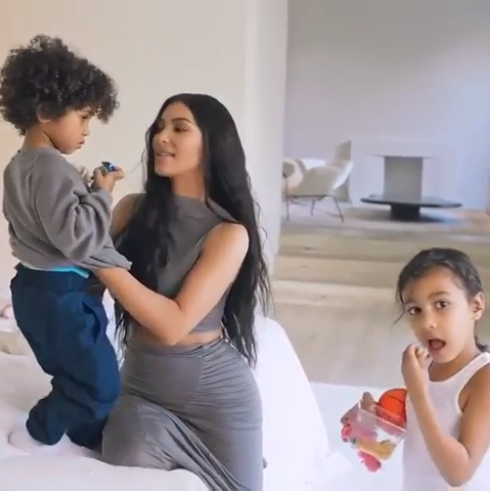 As for names, she revealed that her son Saint West wants to name his baby brother “Sainty two”. She added the North West is really excited for the baby’s arrival so Saint can have a brother to play with and stop bugging her.

Kim did most of the talking in the short clip while Kanye sat smiling while carrying Chicago West.