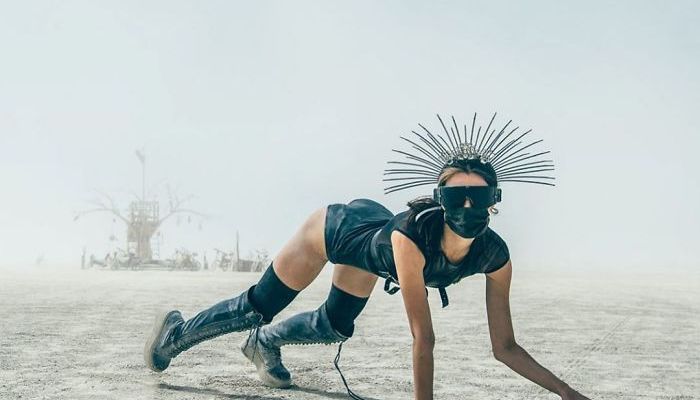 This summer has been far hotter than usual and plenty of us have been practically melting in the unseasonable heat. However, this did nothing to stop fans from attending the epic Burning Man festival. In fact, it seemed that the heat only spurred them on — this year, the gathering was even crazier, wackier and more off-the-hook than usual!

Burning Man 2019 took place in the Black Rock Desert in Nevada and lasted from August 25 until September 2, and just like every year, it was fantastic. But then again, does Burning Man ever disappoint? Because autumn rains are already upon us and we’re in need of some of that glorious Nevada heat, Talkmore brings you this sizzling list of the very best photos from this year’s festival. So keep on scrolling, share with your friends, and drop us a comment about which pictures you liked best and why. Once you’re done, have a look through Bored Panda’s lists about the Burning Man festivals from 2018 and 2017 as well. See how they compare with this year’s festivities for yourself and let us know which year’s gathering you thought was the most impressive so far. Be sure to scroll down and read our exclusive interview with Travis C. who was at this year’s Burning Man festival in 2019 (you’ll find his photo down below, he’s the one in the stunning pink dress).

“The most memorable moments are rarely the loud ones. They are the trips home in the crisp air at dawn with your partner just reflecting on how crazy the world can be,” Travis revealed the more romantic side of the festival. “Wondering what it would have been like if you never knew this pocket of fabulous people even existed because you never were persuaded to come years ago.”

“The night the man burns is a party. The night the Temple burns there is silence,” he said.  “50,000-60,000 people just sitting their silently letting things go and heading home to reflect and focus. Our first year we sat next to a woman who had met her second husband at Burning Man after the passing of her first nearly 25 years prior. He had also passed away. She brought some of the clothes she had met him in to watch burn as she said thank you for the years spent together.”

But what does the festival stand for, and what are its core values? Well, back in 2004, the festival’s co-founder Larry Harvey came up with the Ten Principles that encapsulate what it’s all about. Among these are the ideas that absolutely anyone can be a part of the festival, that we should all give others gifts unconditionally, and that the festival shouldn’t become exploited by commercial sponsorship.

What’s more, the festival promotes radical self-reliance and self-expression, as well as communal effort and civic responsibility. Lastly, the Burning Man respects the environment, calls upon everyone to participate as fully as possible, and values immediate experience, which helps overcome our inner barriers.

I would love to experience Burning Man for myself — what about you? What do you love most about the festival? Is it the quirky costumes? The supernatural art installations? Or the marvelous atmosphere?