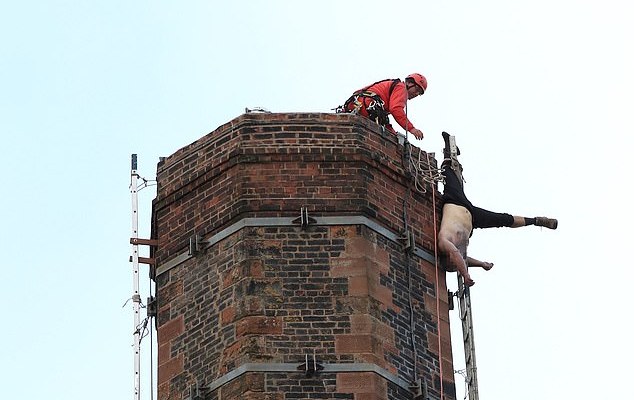 A man trapped at the top of a 290ft chimney in Carlisle for more than 14 hours has died.

Police confirmed that the man in his 50s was brought down by fire and rescue services after more than 14 hours spent hanging from the structure. However officers confirmed the local resident had passed away before the rescue could take place.

The deceased was shirtless throughout the ordeal while hanging upside down by his legs from the top of Dixon’s Chimney, a former cotton mill tower. Officers were first called to the scene at 2:22am on Monday, October 28th. It is however currently unclear what led the man to scale the structure – a Grade II listed building raised in 1836 when it was the largest chimney in the country.

Superintendent Matt Kennerley of Cumbria Police said: “Paramedics confirmed the man, in his 50s and from Carlisle, as deceased at the scene at 16:46. The man was reported to be trapped at about 2:20am today, and a rescue operation was launched while a multi-agency group was later convened.