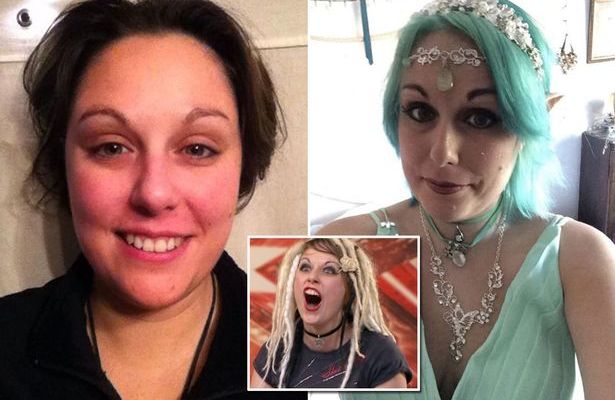 An inquest has heard that Ariel Burdett, a former X Factor contestant was found dead with a stab wound to her neck.

Ariel Burdett, who was credited with having one of X Factor’s most memorable auditions in 2008, was found dead at her home in Leeds on November 12.

The pre-inquest hearing heard how employees of Ariel Burdett’s landlord went to her house on November 4 after concerns were raised about her welfare. Ms Burdett did not answer the door and they showed up again 8 days later with a locksmith who helped them gain access into the property.

Inside the house, they found Ariel Burdett with an incised wound to the neck.

Ms Burdett was popular for ripping off her label as she walked onto the stage during X-Factor auditions and told judges that she was a “human being, not a number”. Simon Cowell later said her performance was “a complete and utter nightmare.”

Friends of Burdett have taken to social media to post tributes while claiming she “struggled” before her death.

Speaking to Sun Online Andrew Smalling, 35, who knew Amy from the Chemic Tavern pub, in Wodehouse, Leeds, said: “We were shocked when we heard she’d died. She’d struggled with demons for a while.

Andrew said that he believed Ariel wished she hadn’t auditioned for the X Factor in 2008, explaining: “I think she regretted appearing on X Factor because she’s actually a decent musician and it sort of tainted her.”