A frozen bird was so well preserved that fossil hunters thought that it had ‘died yesterday’ has turned out to be 46,000 years old, from the middle of the last ice age.

The specimen — an ancestor of the modern horned lark — was found preserved in permafrost in a mine tunnel near the village of Belaya Gora in north-east Siberia.

Horned larks typically occupy open habitats, such as would have been found in Siberia back during the last ice age.

The ‘Icebird’ — as researchers have dubbed it — was female, and thought to be the first recorded example of a frozen bird from this time to be found in the area.

The researchers believe that the animal likely died a non-violent death before it was frozen, a fate that kept it from decomposing over the millennia.

Scroll down for more photos 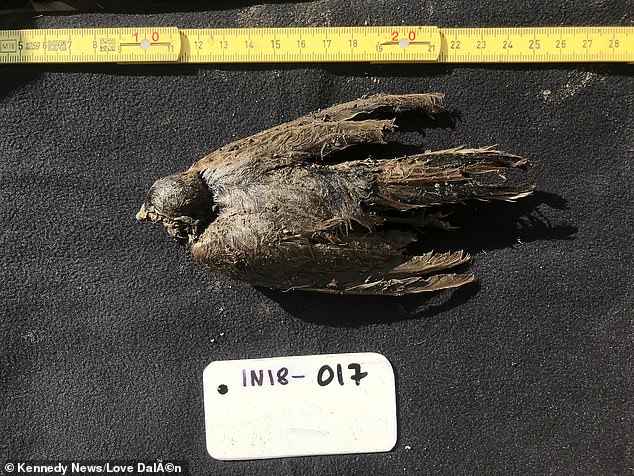 A frozen bird, pictured, was so well preserved that fossil hunters thought that it had ‘died yesterday’ has turned out to be 46,000 years old, from the middle of the last ice age 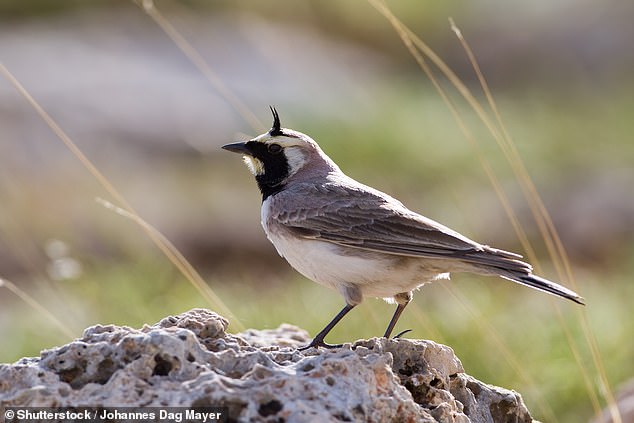 The specimen — an ancestor of the modern horned lark, pictured — was found preserved in permafrost in a mine tunnel near the village of Belaya Gora in north-east Siberia

Palaeontologist Love Dalén of the Swedish Museum of Natural History and colleagues were given the bird to study after it was discovered buried underground by local fossil ivory hunters.

Found when the hunters were tunnelling into the permafrost, the frozen carcass was entombed around seven metres underground.

Professor Dalén and his colleague Nicolas Dussex of the Centre for Palaeogenetics in Stockholm carefully analysed the remains back in their laboratory.

Radiocarbon dating revealed that the bird lived around 46,000 years ago and the team identified it as an ancestor of the modern horned lark, Eremophila alpestris.

Originally, the researchers were baffled as to what sort of bird it was, thinking that it might have been a thrush or a lark.

Help from ornithologists via Twitter helped identify the bird, however — which was a relative of two different subspecies of horned lark found in Russia and Mongolia.

‘This finding implies that the climatic changes that took place at the end of the last Ice Age led to formation of new subspecies,’ Professor Dalén told CNN.

The team speculates that the animal did not die a violent death as there are no obvious signs on its remains, adding that it likely froze very quickly.

‘The fact that such a small and fragile specimen was near intact also suggests that dirt/mud must have been deposited gradually,’ Dr Dussex told CNN.

‘Or at least that the ground was relatively stable so that the bird’s carcass was preserved in a state very close to its time of death.’ 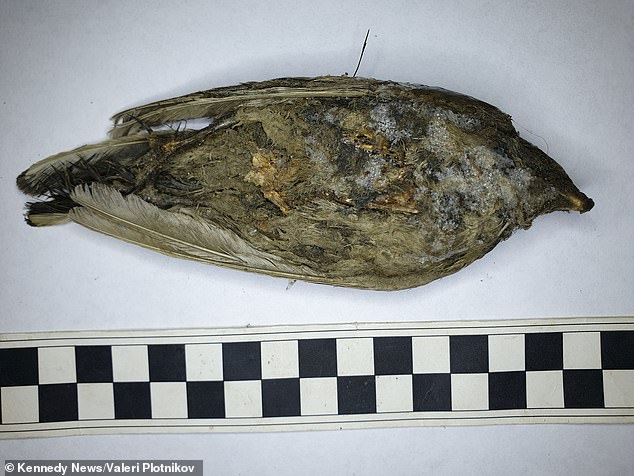 The ‘Icebird’ — as researchers have dubbed it — was female, and thought to be the first recorded example of a frozen bird from this time to be found in the area

‘The study deals with radiocarbon dating and a genomic analysis on what is likely the first-ever discovered frozen bird from the last Ice Age,’ Professor Dalén said.

‘No autopsy has been done but I think we can conclude its death likely wasn’t violent and it must have been frozen relatively quickly because otherwise it falls apart.’

‘I’m pretty sure we also sexed it and it’s a female which is also a little fun fact but we’re not entirely sure what we’re going to do with that information.’

‘We haven’t discussed giving it a formal name but within our circle we call it ‘Icebird’ because it was found frozen.’ 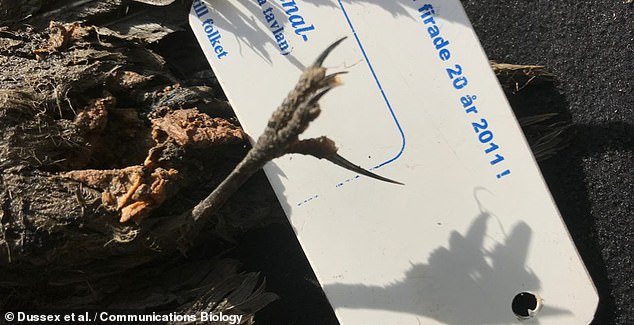 The researchers believe that the animal likely died a non-violent death before it was frozen, a fate that kept it from decomposing over the millennia. Pictured, a close-up of the Icebird’s foot 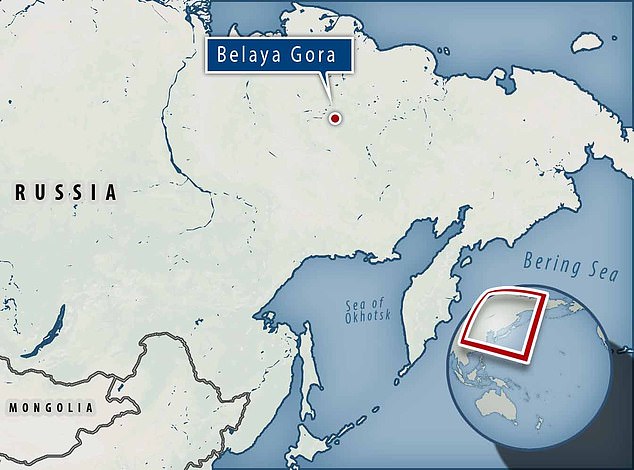 ‘[I was] holding that little bird in my hand and feeling that it looks like it died yesterday but might have actually died tens of thousands of years ago,’ Professor Dalén added.

‘It’s a small animal that would have been flying around and living in that environment with cave lions and mammoths and so on — it’s a pretty special feeling.’

At the same site, the researchers also found an 18,000-year-old frozen puppy — possibly either a dog or a wolf — which they are currently in the process of studying.

The full findings of the study were published in the journal Communications Biology.

WHAT IS PERMAFROST AND WHAT HAPPENS IF IT MELTS?

Permafrost is a permanently frozen layer below the Earth’s surface found in Arctic regions such as Alaska, Siberia and Canada.

It typically consists of soil, gravel and sand bound together by ice, and is classified as ground that has remained below 0°C (32°F) for at least two years.

It is estimated 1,500 billion tons of carbon is stored in the world’s permafrost – more than twice the amount found in the atmosphere.

The carbon comes in the form of ancient vegetation and soil that has remained frozen for millennia.

If global warming were to melt the world’s permafrost, it could release thousands of tonnes of carbon dioxide and methane into the atmosphere.

Because some permafrost regions have stayed frozen for thousands of years, it is of particular interest for scientists.

Ancient remains found in permafrost are among the most complete ever found because the ice stops organic matter from decomposing.

A number of 2,500-year-old bodies buried in Siberia by a group of nomads known as the Scythians have been found with their tattooed skin still intact.

A baby mammoth corpse uncovered on Russia’s Arctic coast in 2010 still sported clumps of its hair despite being more than 39,000 years old.

Permafrost is also used in the study of Earth’s geological history as soil and minerals buried deep in Arctic regions for thousands of years can be dug up and studied today.