Giorgio Armani, 85, sparks fury after accusing the fashion industry of ‘raping’ women by pushing them to wear provocative clothing and comparing adverts to being assaulted

Giorgio Armani has been criticised for saying women are being ‘raped’ by designers who push them to wear provocative clothing.

The Italian fashion designer’s comments sparked fury and he was accused of diminishing sexual assault during a rant against sexualisation in the industry.

Mr Armani, 85, who is famed for his modest designs, said it was ‘time for me to say what I think’ before asserting that ‘you can rape a woman in many ways’.

He said that ‘throwing [a woman] in the basement’ and ‘suggesting she dresses in a certain way’ were both forms of sexual assault.

‘If a lady walks on the street and sees an ad with a woman with her boobs and a*** in plain sight and she wants to be like that too, that’s a way of raping her,’ he said. 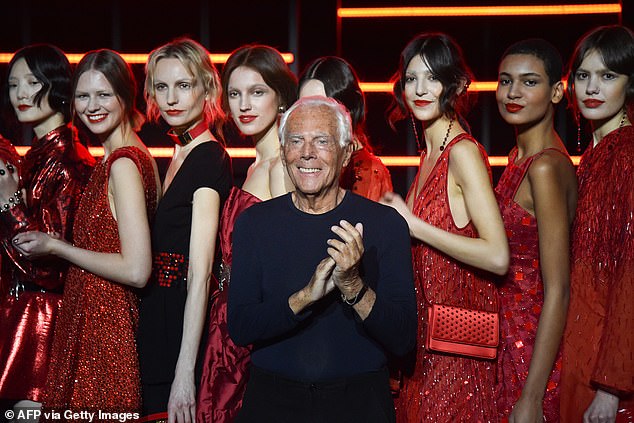 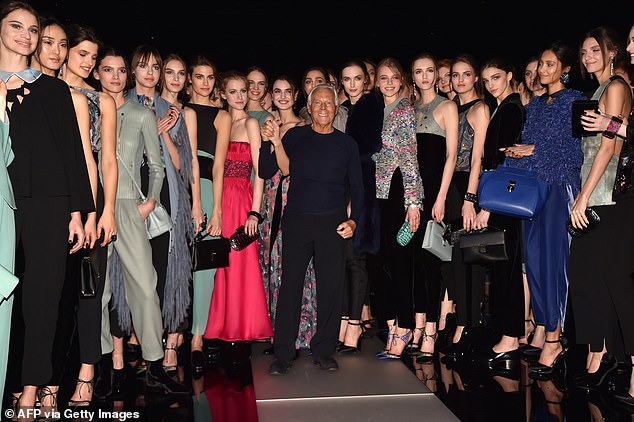 The Italian fashion designer poses with models at the end of his annual show in Milan (2015 pictured), which he used this year to rail against sexalisation in the fashion industry

Mr Armani’s comments, made on the sidelines of a show for his Emporio Armani line at Milan fashion week, were condemned by fashion insiders online.

Tyler McCall, editor of the fashionista.com website in New York, said: ‘I would love to chalk this one up to an age/language/culture barrier but… uh…’

An executive editor at fashion trade journal Women’s Wear Daily, Booth Moore, tweeted: ‘The exploitation of women in fashion imagery is not a new phenomenon, far from it.

‘And I do think Armani has tried always to be respectful of women in his work. But the word ‘rape’ is very charged in any language.’

Mr Armani founded his fashion label in 1975 and is known as the godfather of Italian fashion.

He contrasted his own designs with the more revealing creations of his rival designers. 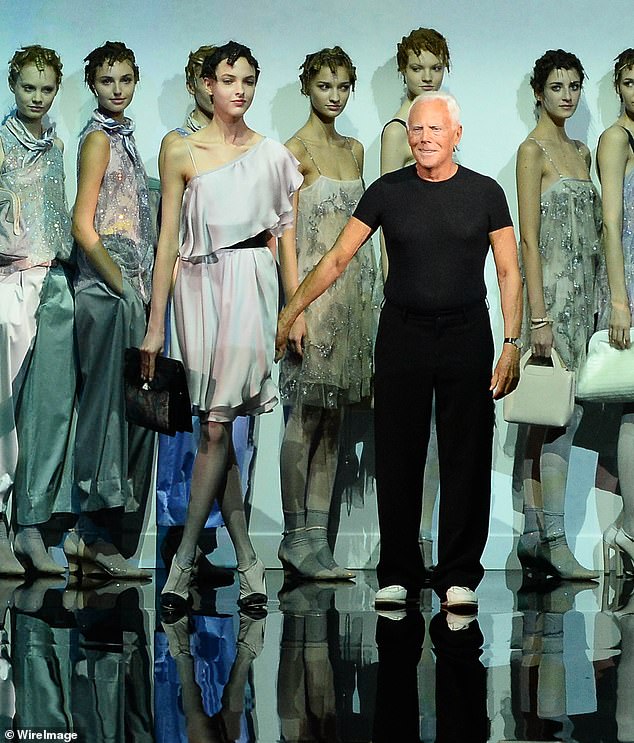 Mr Armani’s comments, made on the sidelines of a show for his Emporio Armani line at Milan fashion week (2013 event pictured), were condemned by fashion insiders online 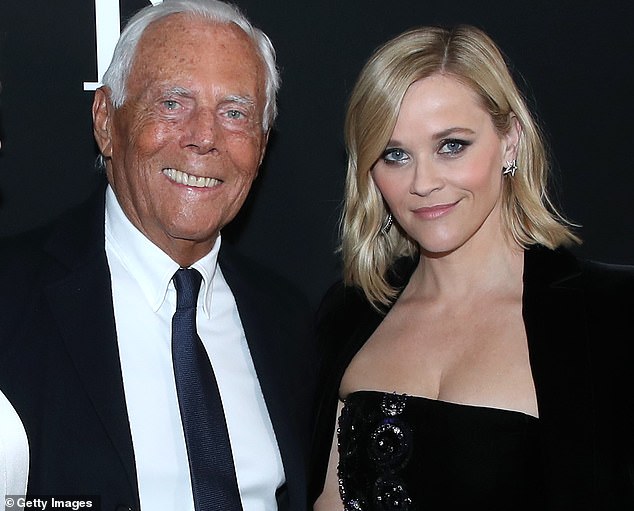 The Italian fashion designer, 85, with Reese Witherspoon after the Giorgio Armani Prive Haute Couture in Paris in January

A 2018 study in to sexism in fashion found that every woman in the industry that was interviewed thought there was an inequality problem, while only half of men believed the same.

The designer said: ‘In my show there are short skirts, long skirts, ample and tight trousers.

‘I have given maximum freedom to women who can use all possibilities if they are sensible.

‘I’m sick of hearing the word “trend”. We need to try to work for today’s woman. There shouldn’t be trends.’

The description of the show at which he was speaking said ‘the Emporio Armani woman is strong-willed, eclectic and bold in her decisions.

With little regard for mundane rules, she is a young woman that bewilders and astonishes’.