When the world finally reopens to travel, many of us may want to get close to nature after being cooped up at home for so long. 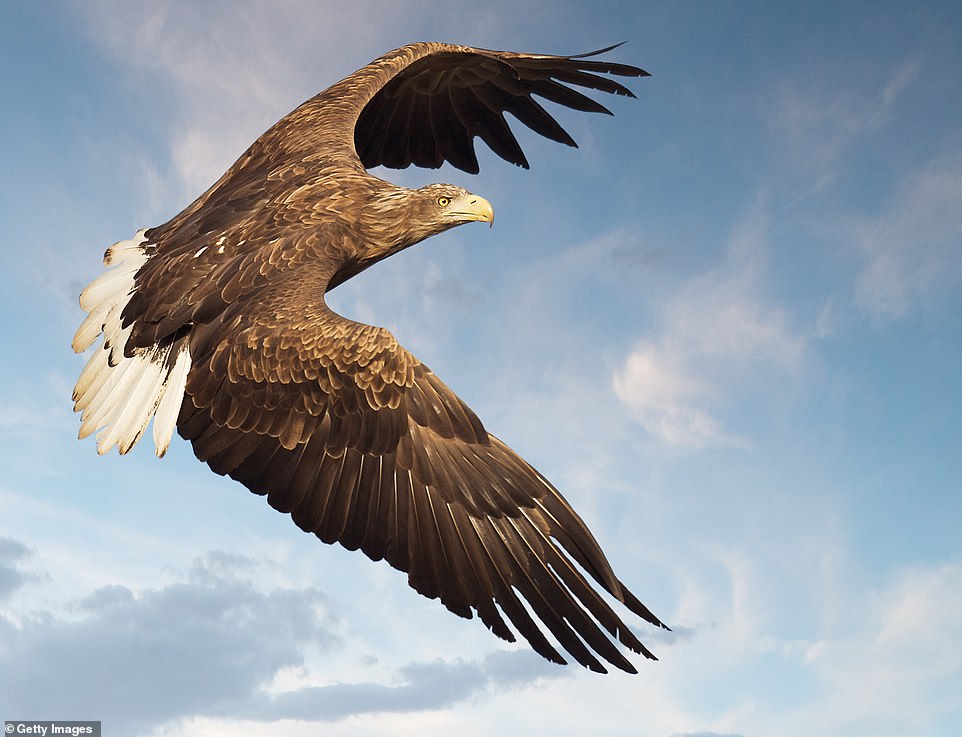 Let us prey: A white-tailed sea eagle is just one of the species you could see on a trip to the Scottish Highlands

Seek out seals, dolphins, puffins, red deer and golden and sea eagles on this six-day trip through the Scottish Highlands.

Seals are curious and playful, and there is no better way to get up close than from the cockpit of a kayak on the shallow waters of Arisaig Skerries, a series of beautiful white-sand islands described as ‘Scotland’s Caribbean’.

Trips start at Loch Ness — in search of the most elusive creature of all: the long-necked monster said to roam its waters. Good luck!

Book it: A six-night trip including accommodation, meals and travel from £1,735pp (wildernessscotland.com). 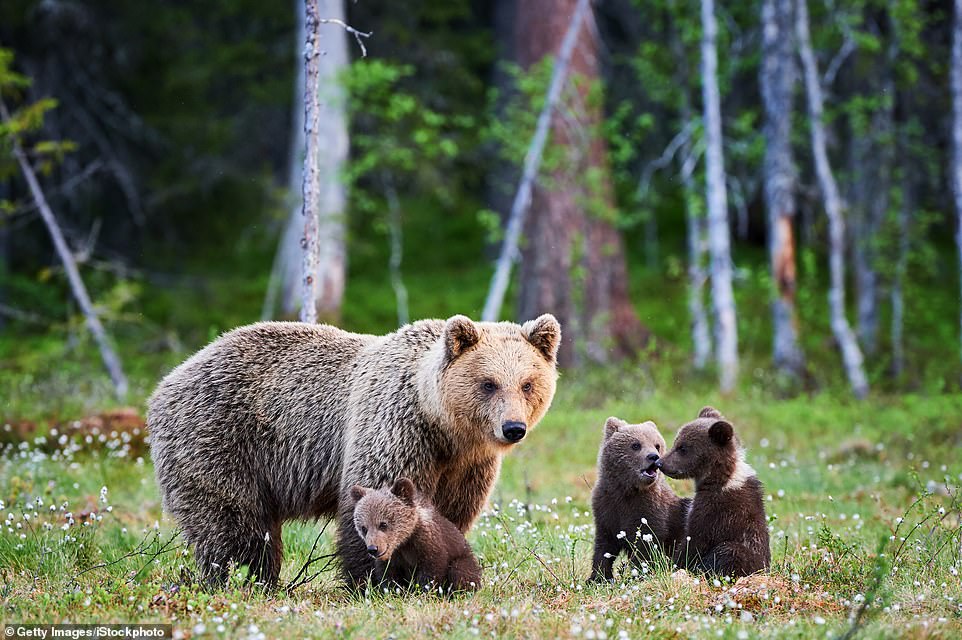 Born free: Bears in Finland, where 2,000 of them roam free. You can learn about them at the wild brown bear safari centre

With 2,000 of them roaming free, wildlife photographers will be in their element.

Learn about the creatures at the wild brown bear safari centre. 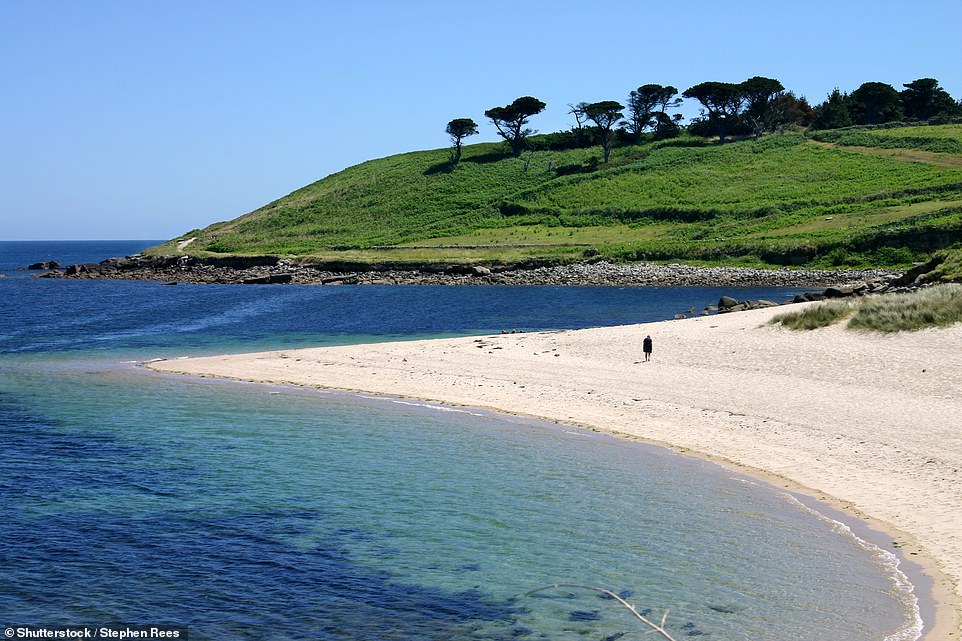 September is the best time to visit the Isles of Scilly, pictured, for a bird watching holiday

Enjoy a guided tour of the Isles of Scilly, led by birdwatching experts, on eight-day trips.

You might glimpse Mediterranean golden orioles, bee-eaters, tree swallows and sandpipers in the spring.

Species come from as far as North America and Siberia — the islands have a bird list of more than 400 species. September is also good time to visit, when nighthawks, yellow-bellied sapsuckers and magnolia warblers can be seen.

Book it: An eight-day trip is from £1,095 pp, including B&B accommodation, ferries and guided tours (naturetrek.co.uk). 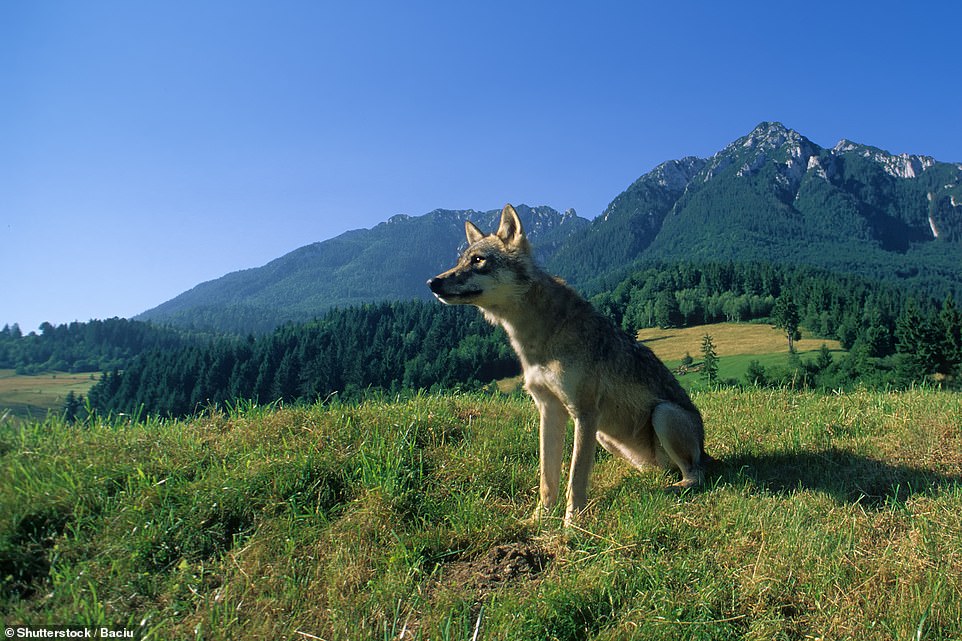 The remote Carpathian Mountain in Romania, pictured, are among the European wolf’s last stronghold

The remote and beautiful Carpathian Mountains are one of the European wolf’s last strongholds. The animals are heavily protected and can be hard to spot.

Set out with local experts, who will bee looking for their tracks while keeping an eye out for bears in the woods and peregrine falcons circling above.

Book it: An eight-day hiking trip to the Carpathian Mountains is from £1,299pp (responsibletravel.com). 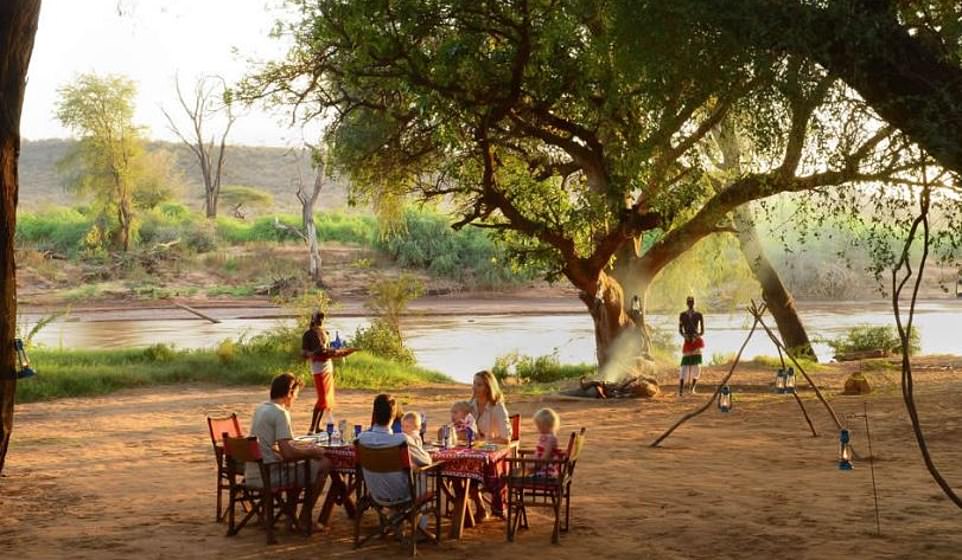 Kenya’s spectacular national parks and private conservancies are home to some of Africa’s most critically endangered species.

Head off on a nine-day jaunt that includes game drives with cheetah and lion experts in the Maasai Mara, track black rhinos in the Lewa conservancy and stay at the Elephant Watch Camp in Samburu. It’s the dream insider’s guide.

Book it: From £1,625 pp per day for nine days, based on four travelling together (aardvarksafaris.co.uk). 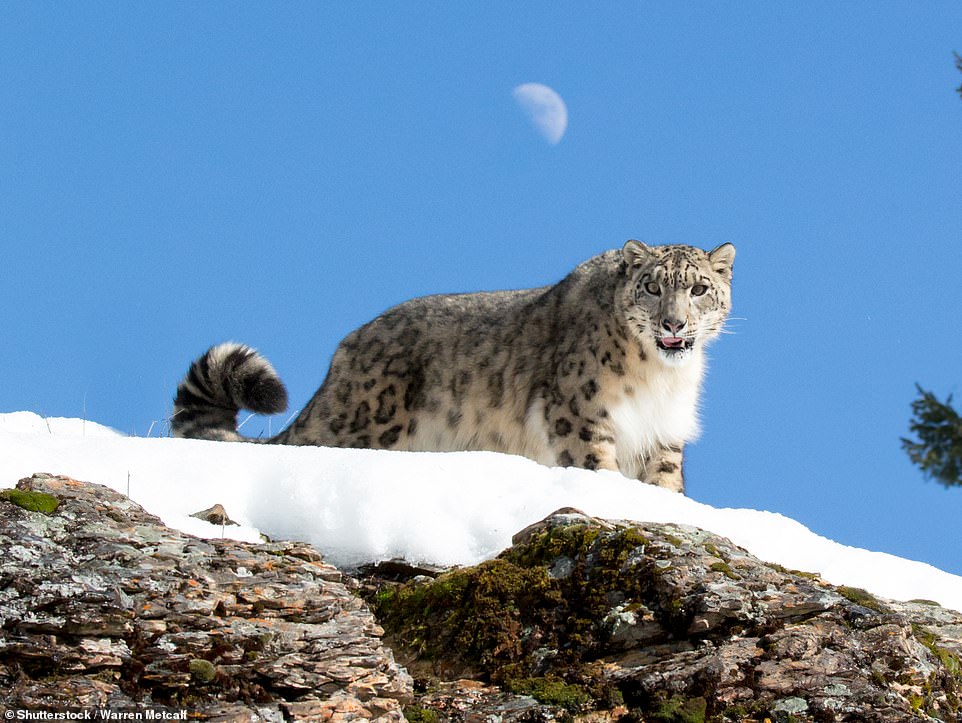 The best place to try to catch a glimpse at the elusive snow leopard is in Ladakh, high in the Indian Himalayas

Snow leopards are challenging to spot even for the best wildlife experts. The world population is thought to be as low as 6,590, and Ladakh, high in the Indian Himalayas, is the best place to try to catch a glimpse.

Patience is required; guides set up camera traps and scan the foothills.

Book it: 14-day snow leopard experiences are from £3,450 pp excluding flights, with trips between January and March 2021 (naturalworldsafaris.com). 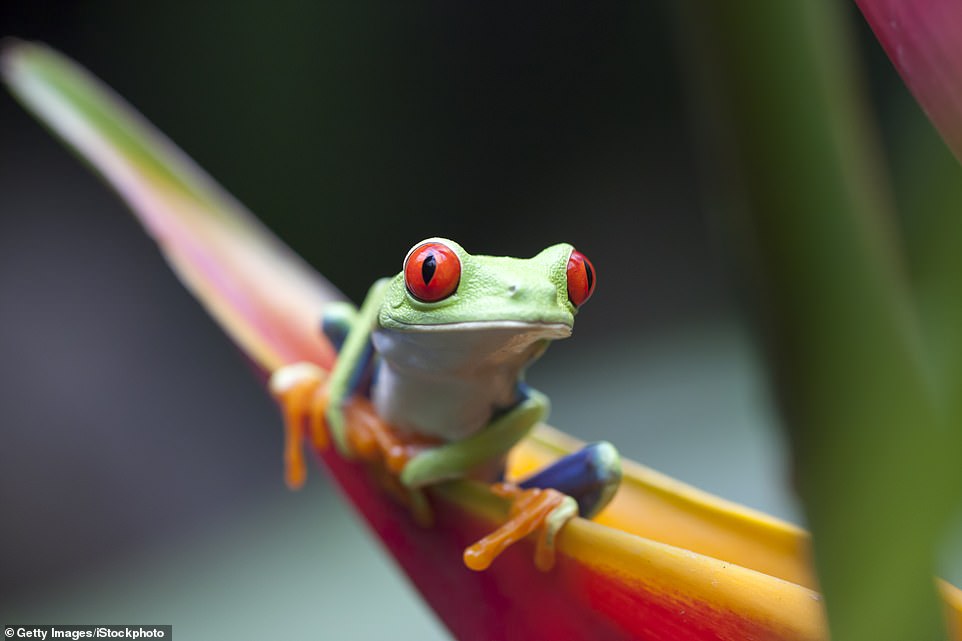 Costa Rica is home to half a million species – five per cent of the world’s total – including the red-eyed frog, pictured

Costa Rica is so biodiverse, it’s home to half a million species — five per cent of the world’s total.

The lush Monteverde cloud forest is the place to be for birdwatchers, with those happy to walk muddy trails for hours boosting their chances of seeing a rare Resplendent Quetzal. Its iridescent feathers and long tail are fabulous.

Book it: An 11-night tour including a stay in the Monteverde cloud forest is from £2,050 pp in 2021 (inspiringtravelcompany.co.uk). 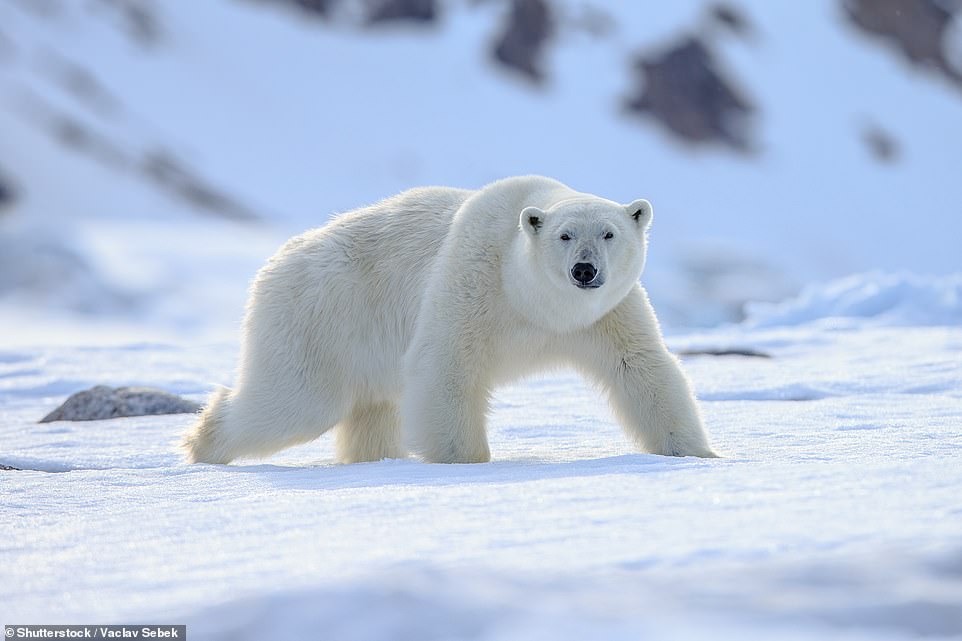 As concerns grow about the effect of melting sea ice on polar bears, see these endangered animals on a specialist-led trip sailing through the summer ice floes off Svalbard in Norway.

Plus a chance to spot walrus colonies.

Book it: 11-day trips sailing from Svalbard between April and August 2021 are from £6,295 pp, excluding flights (naturalworldsafaris.com). 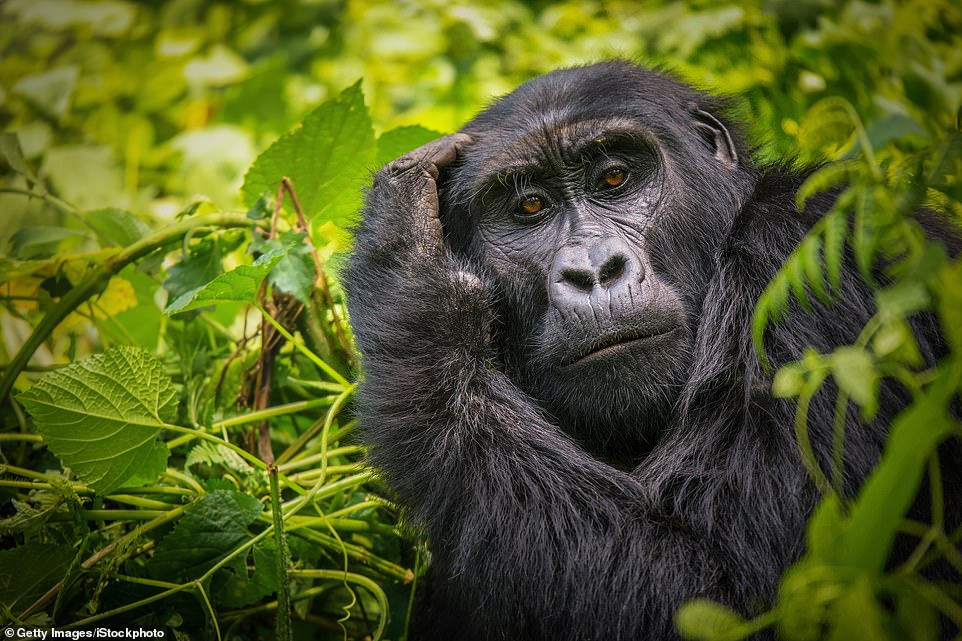 Bwindi Impenetrable Forest, a national park in western Uganda, is one of the best places to see mountain gorillas

Numbers have rebounded in recent years, yet mountain gorillas remain on endangered lists. But 400 of the 1,000-strong population can be found in the mountainous Bwindi Impenetrable Forest, a national park in western Uganda, with 14 families living near the forest’s visitor centre.

The reward after a sweaty rainforest hike is an hour in the company of these hulking primates, one of man’s closest relatives. 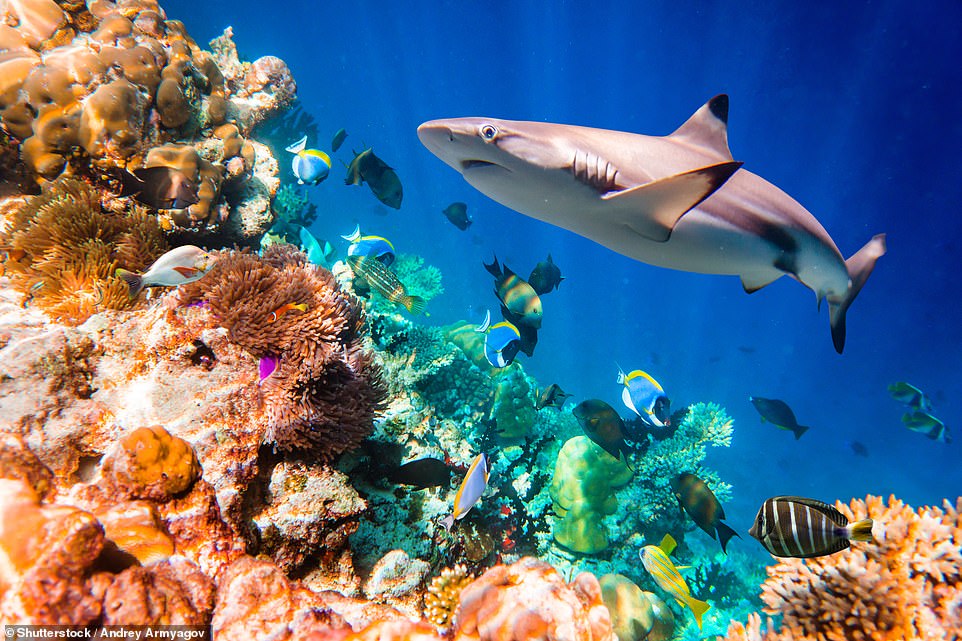 Sheraton’s Full Moon Resort and Spa in the Maldives has a new programme in which guests can learn about and encourage coral growth by sponsoring dedicated coral frames.

The aim is to boost fish habitats, replacing coral damaged by ‘bleaching’, which is caused by rising water temperatures. 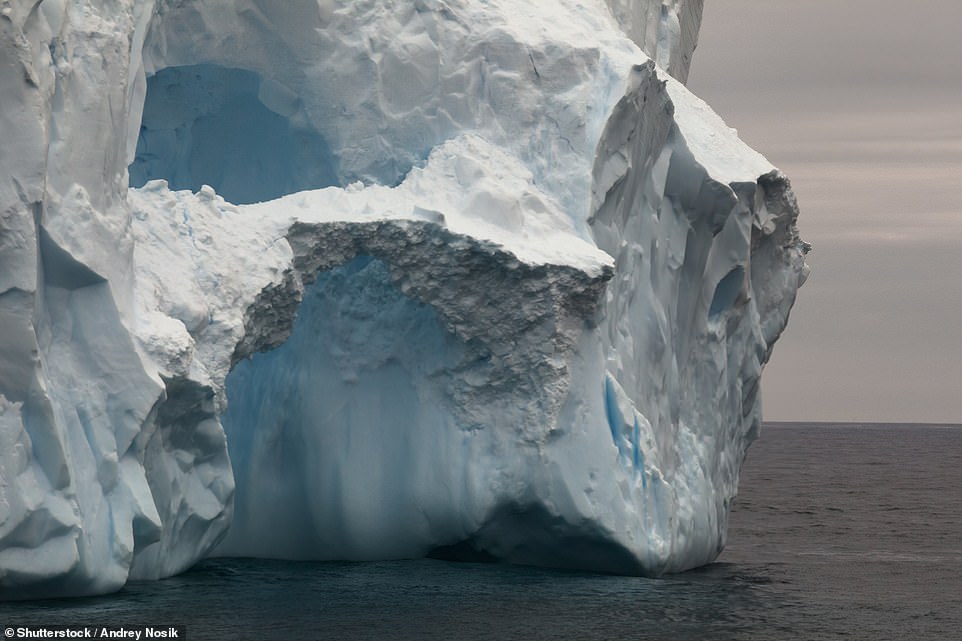 Drake’s Passage in Antarctica, where you can search for humpback and minke whales as well as penguin colonies

Antarctica’s ecosystem is fragile. Set off on a 15-day epic led by environmentalists and wildlife experts, sailing over Christmas 2021, to learn about it while seeing some of the world’s most remote landscapes.

You will cross Drake’s Passage from Ushuaia in Argentina, then search for humpback and minke whales while getting close to the penguin colonies. 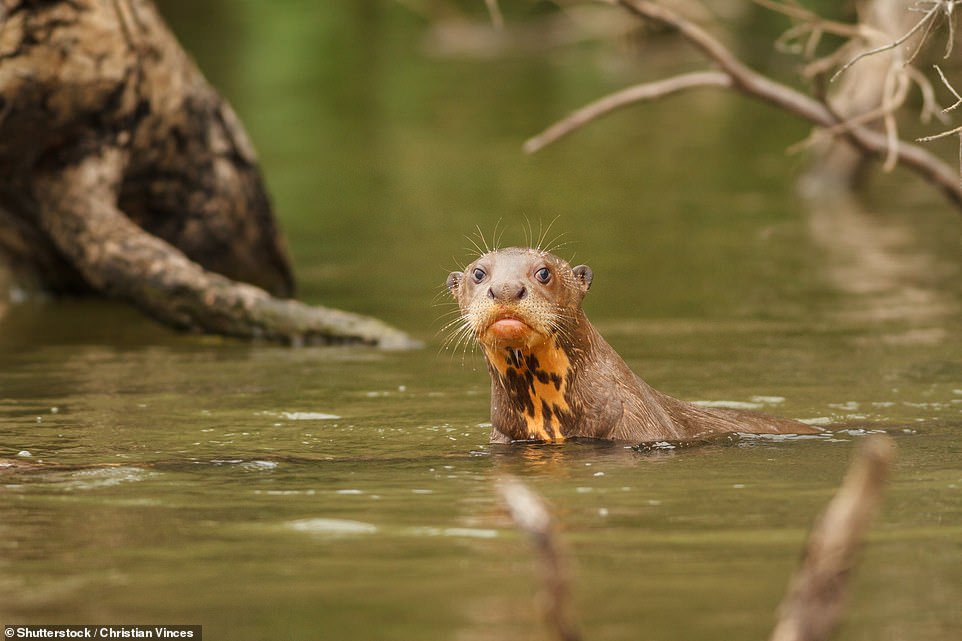 With just 5,000 left in the wild, the giant otter is one of South America’s most endangered mammals.

But they are still found at Lake Sandoval, within the Tambopata Reserve in the Peruvian Amazon, where there are guided canoe tours. The otters are huge: 1.8m (almost 6ft) long.

Book it: A three-night stay at Inkaterra Reserva Amazonica, including a guided trip to Lake Sandoval, is from £1,029 pp, departing January 2021 (inkaterra.com).